Owners TJ and Grace Kallhoff are proud Gainesville residents. TJ is a Gainesville native while Grace moved to the area in 2009. They are both the children of business owners. With entrepreneurs as parents, they both grew up with a great understanding of what it takes to run a business.

TJ was raised in Gainesville, he attended local schools and also worked for his father at their family business. He served in the US Army from 2001-2005, and was deployed for one year in support of Operation Iraqi Freedom. After the Army, he spent 3 years managing an industrial recycling company. When that company sold, he returned to the family business for several years until He and Grace decided to start their own business in 2016.

Grace was born and raised in Houston and also worked in her family business growing up. She went on to college at Texas A&M where she received her Bachelors degree from the Mays Business School with a focus on marketing. Grace has been very successful in her marketing career. She has led projects for major corporations such as Kodak and Sprint. She moved to the Gainesville area in 2009 and is now part of the Marketing team for architectural coatings manufacturer IFS Coatings. Grace also works on the administrative side of NTPW to keep things running smoothly.

TJ and Grace were married in 2016 and have 5 children between the two of them. They love their blended family and wouldn’t have it any other way.

Upon starting their business, they joined the United Association of Mobile Contract Cleaners. The Uamcc is the largest educational organization in the mobile cleaning industry. Together, they attend industry events nationwide to expand their education in an ever growing and changing industry. NTPW prides themselves on using only the best commercial equipment and chemicals. The products used are always environmentally friendly and applied safely using the industry’s best practices. 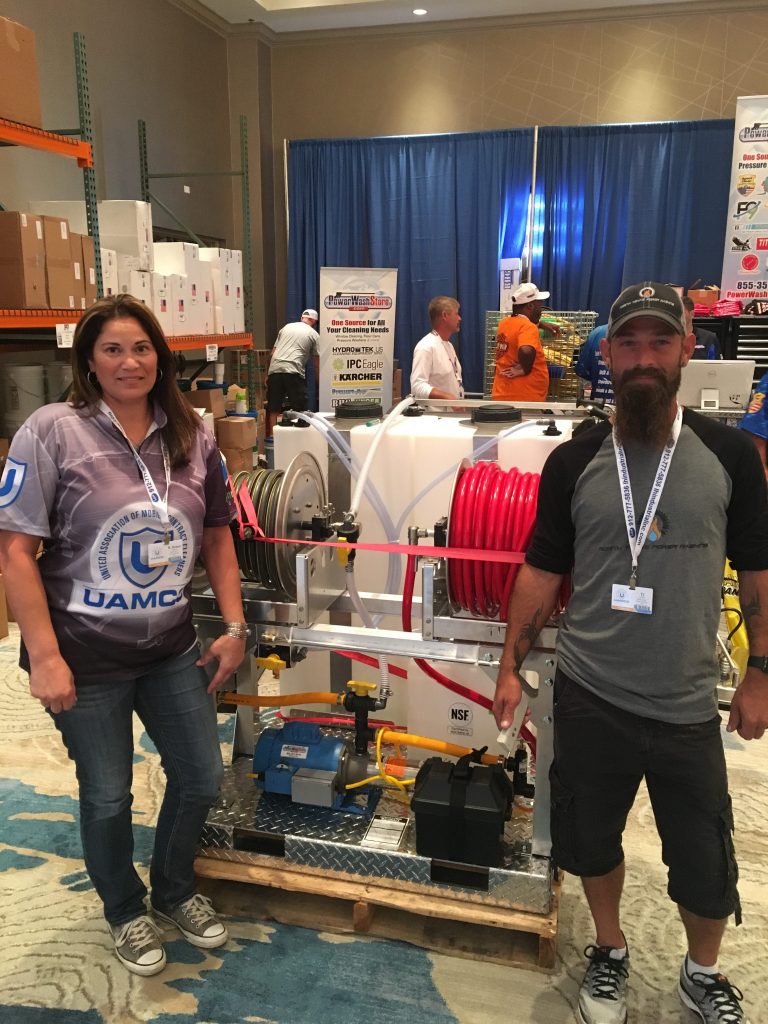